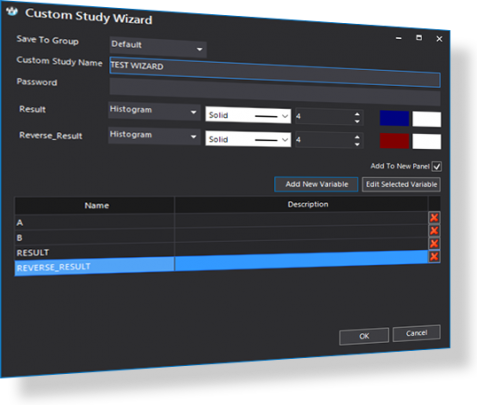 Create any algorithm line-by-line using the drag and drop functionality of the code wizard.

While there is a tiny learning curve to climb in order to begin using the Quant ScriptTM Code Editor, there is a ZERO learning curve to begin using the Quant ScriptTM Code Wizard. Scripts built with either tool will achieve the exact same thing and will behave the exact same way so using one or the other is strictly a matter of personal preference.

Very importantly, whether you use the Code Editor or the Code Wizard, for scripts to be usable and compatible with all S-Trader modules, they must return a result function as well as its inverse, i.e. a reverse result function. The script structure should therefore be:

Let us look at an example of a simple script built using the script wizard measuring the average percentage deviation of three moving averages for 10, 20 and 30 periods, respectively, from closing prices: 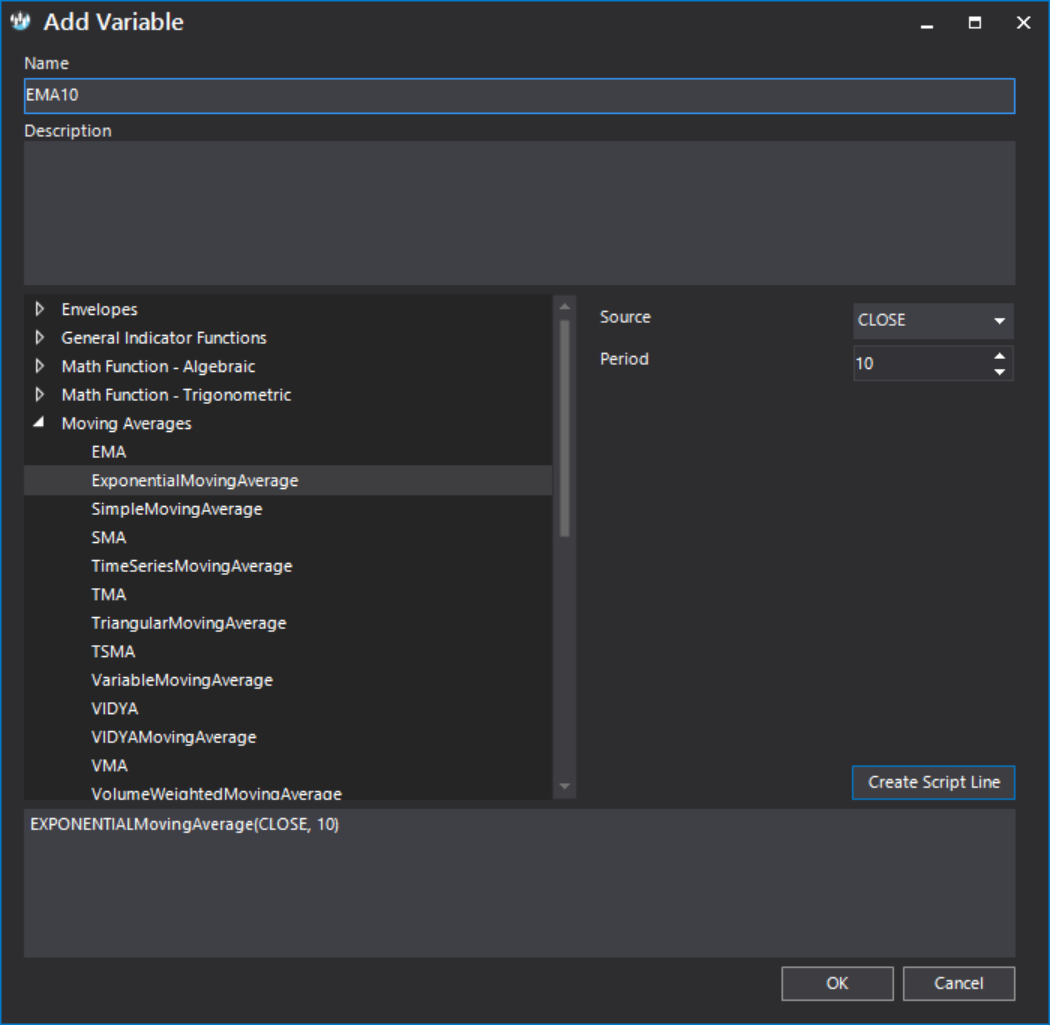 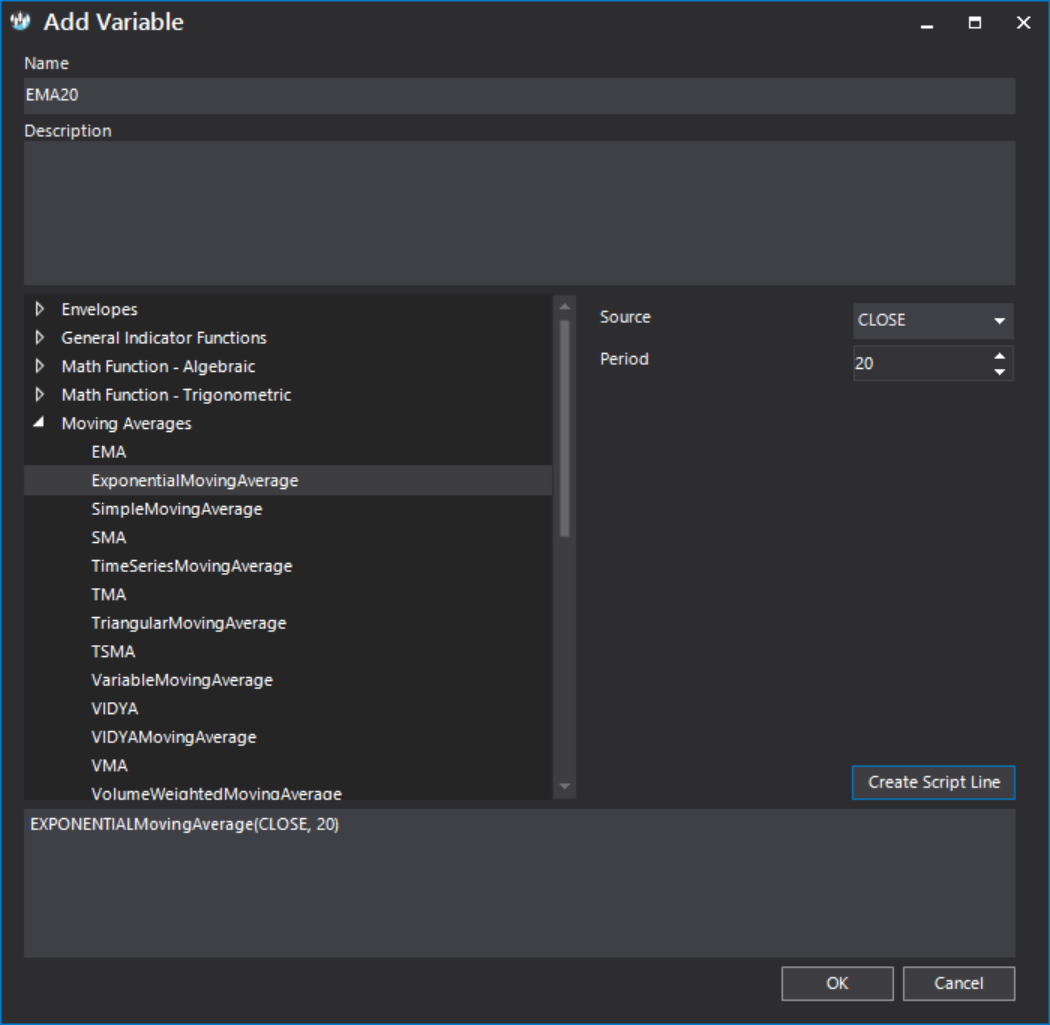 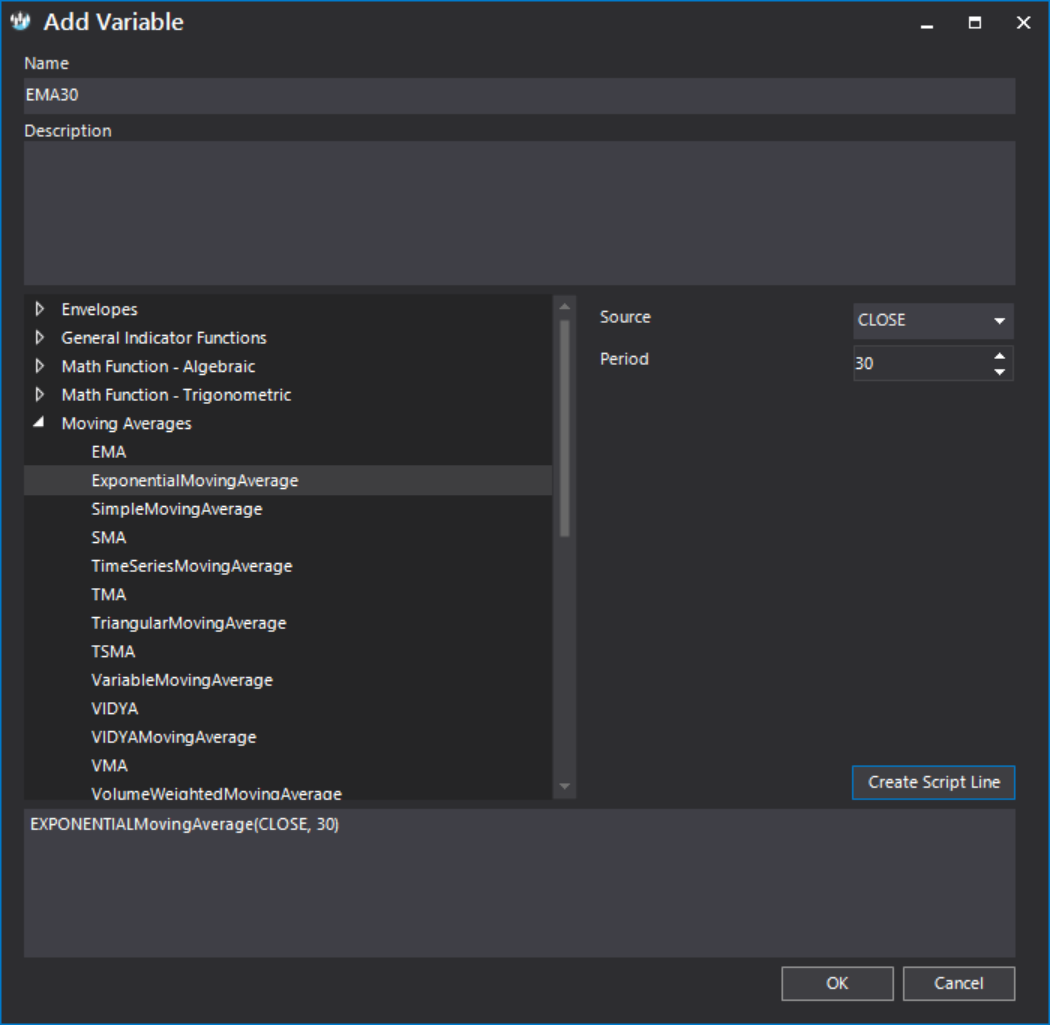 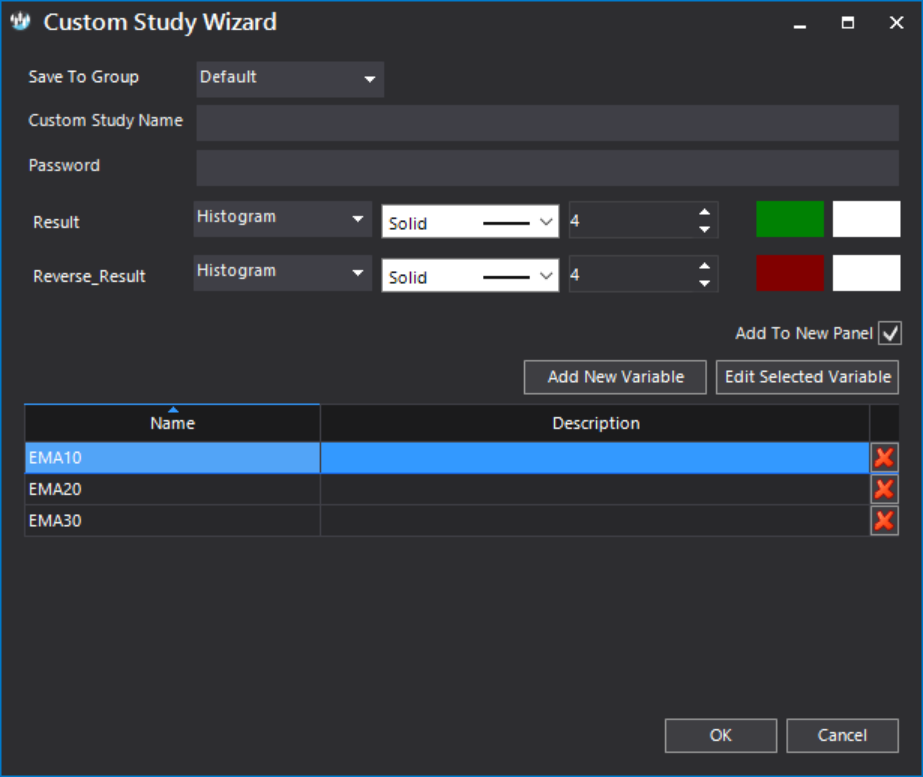 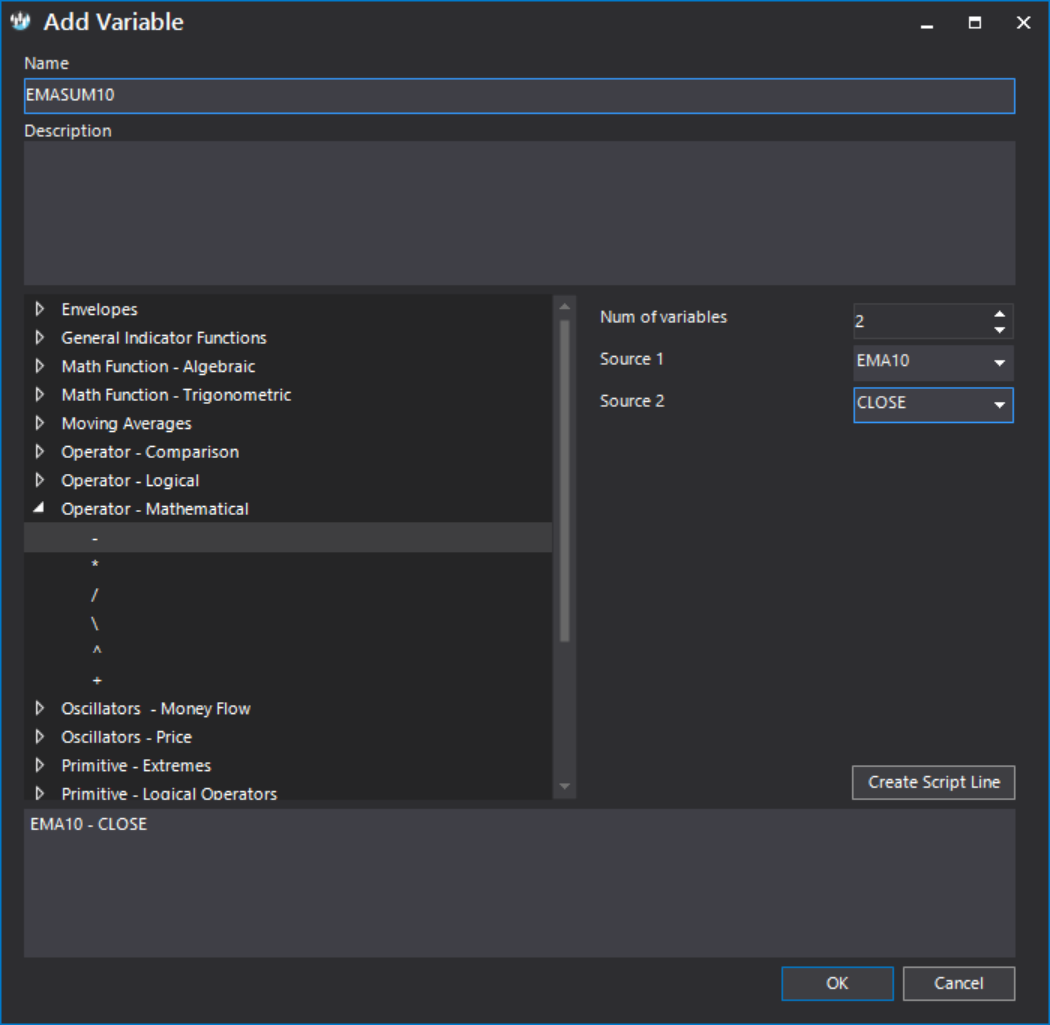 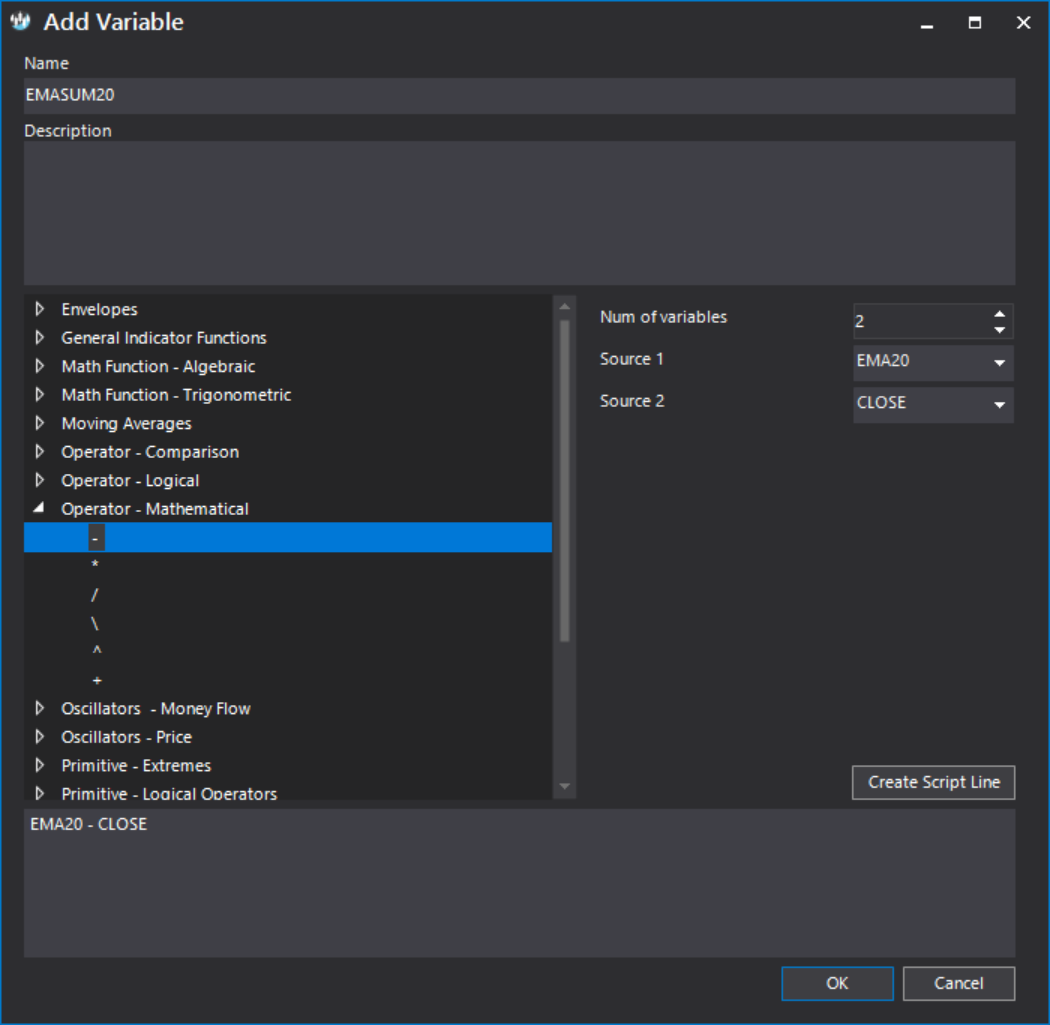 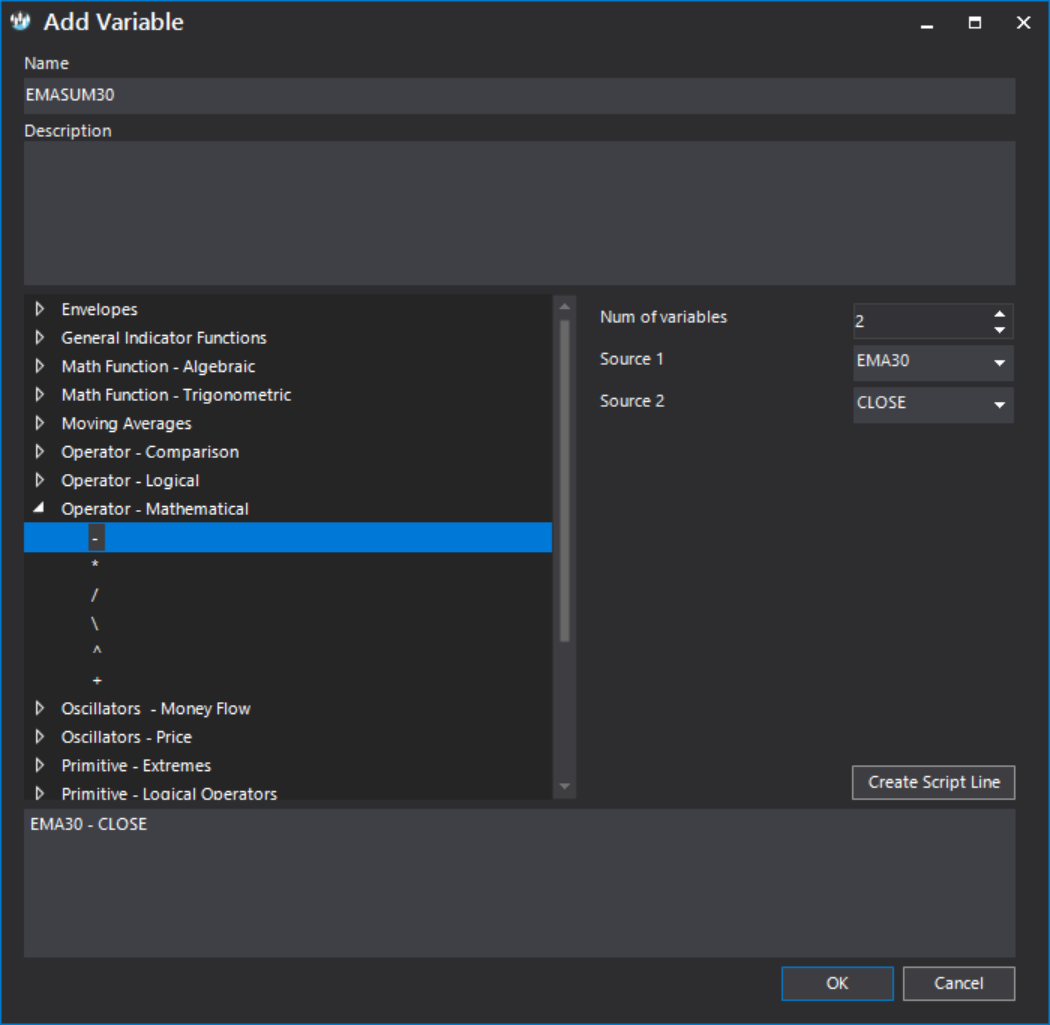 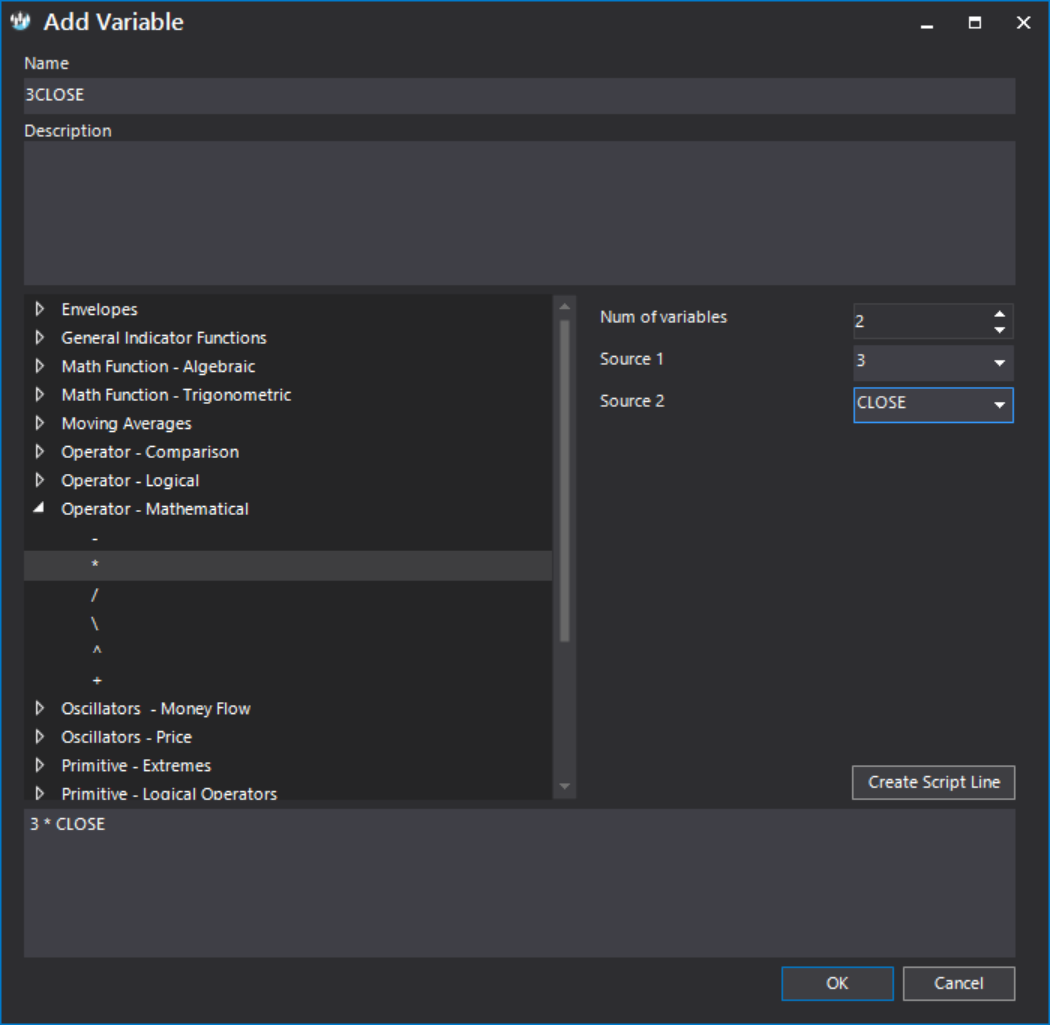 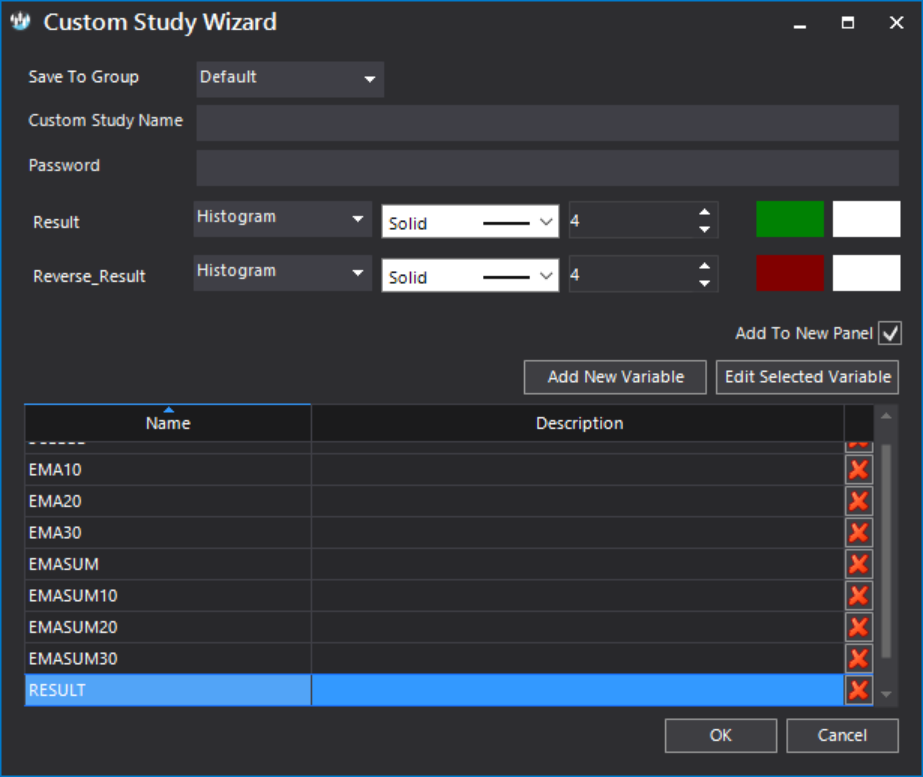 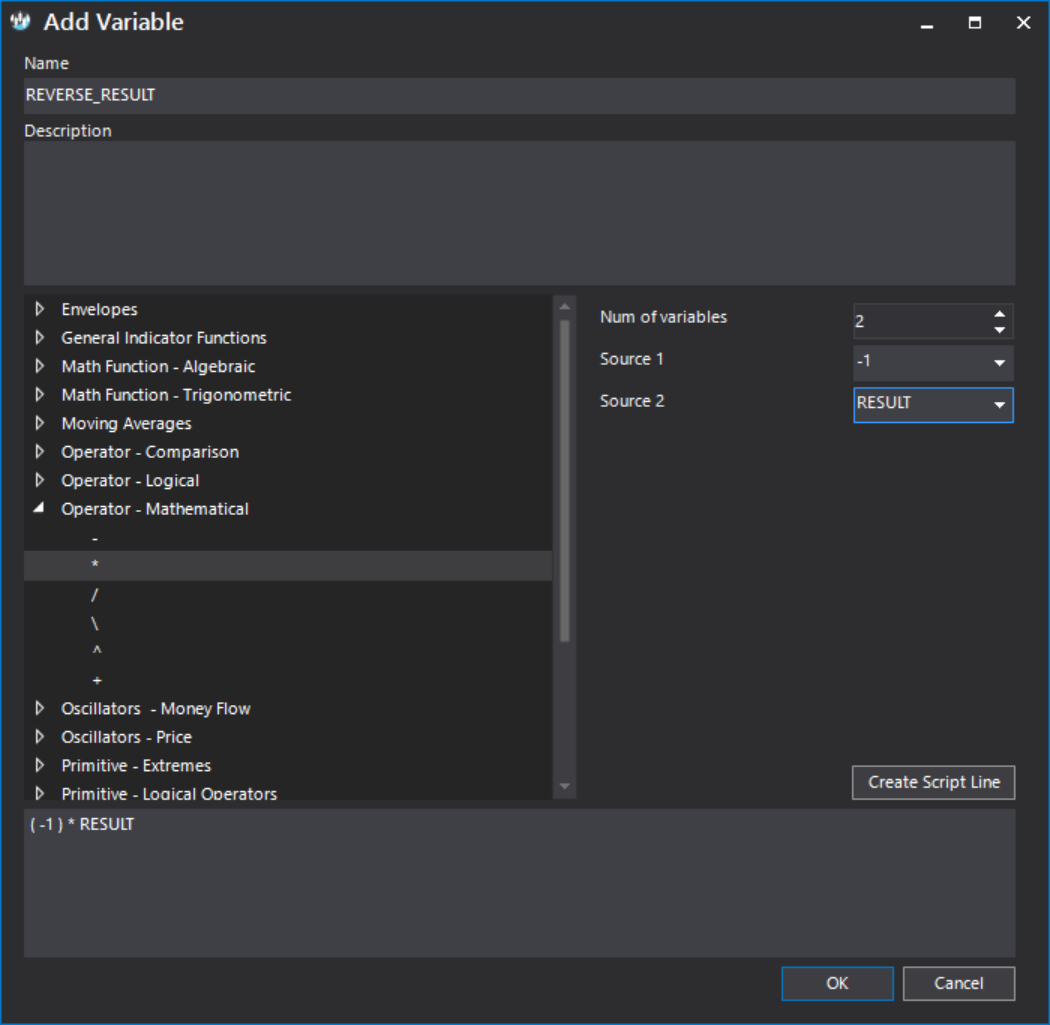